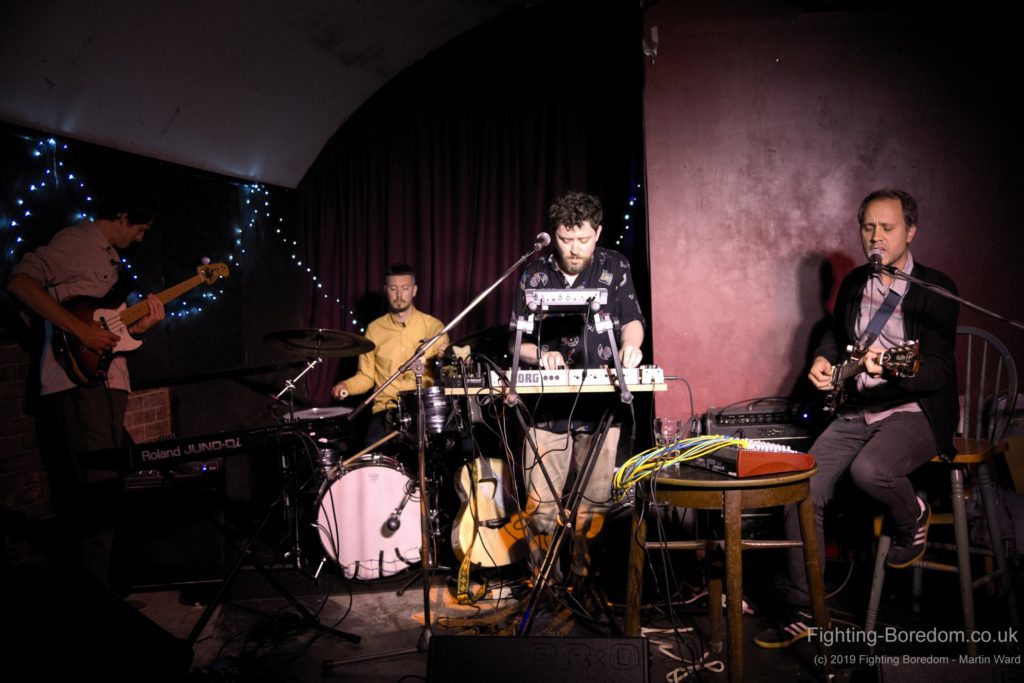 The Tin Music and Arts, Coventry

Sandro Perri is known for his various projects from Off World to Glissandro 70 to mention a couple. He released his new album earlier this month and played a handful of UK dates, Fighting Boredom caught up with him and Sing Leaf in Coventry, see what we thought below.

The stage at the Tin has a homely feel, there are tables and chairs holding up various bits of equipment, it’s a bit ramshackle and partnered with the usual lighting of standard and table lamps it makes for a warm hospitable ambiance.

Sing Leaf are two guys with electronic boards in front of them, one of which also provides the bass lines, a drummer and a chap that looks very much like the headliner sat on the right playing guitar. This is confirmed later by the singer when he introduces the band members. Sing Leaf play futuristic, cool, quirky music, the electronics move up and down as the drummer keeps time on the cymbals while long low guitar notes flow through underneath it all. The music has a slow and almost ambient feel, the little electronic tune that starts the song carries on all the way through as other sounds wind around it. When the vocals start they are high and clear, and as he sings he smiles, it fits together with the music, the drums and sweeping synths follow the voice and as much

as the music is very precisely put together there’s a natural organic vibe to it. They go through muffled electronica, finger picked acoustic guitar as the storytelling lyrics flow past. a low down bass line and shaker for percussion swings out and they play on. This feels like a treat on a cold Coventry week day, it’s the sound of sunshine and beaches, it’s a happy positive sound getting you to take it easy on you. It flows on.

The bass line shifts to an almost epic sounding boom and alongside the small guitar sounds  makes the sound feel like it’s going to explode out but instead the bassist harmonises with the singer and they smile. They flow on into a funky slow beat and a spacey song. Which moves along to Jazz and free flow with fragments, bits of noise and everyone seemingly playing what they want which is confusing and discordant but as a drone envelopes it all. They draw to a close with a sixties acoustic folk rock strum which sounds inconceivably like a green long slow trip, Sing Leaf are measured and languid, simple and heartwarming. 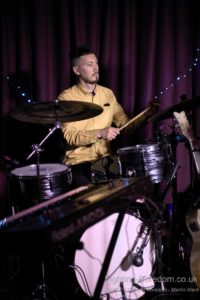 Sandro Perri starts to play and you do a double take. Sing Leaf are still on stage and the only thing that has changed is that there is a different guy on bass. The rest of the players are the same, in the same places and nothing has changed equipment wise on the stage. The difference is that Sandro Perri, still sitting back on his chair is now singing and leading the music. It’s a more delicate sound, again made up with drums, bass and synths but with more of a focus on his guitar, he sings with a fragile vocal as he tells stories to the music.

It’s soft, slow and sad as they slip into Jazz territory the music seems effortless and kind of lazy. Sandro Perry sits on the edge of the stage where he has been all night, not in the spotlight at all which translates well to the music, it’s on the edge, left of centre. The sound gets faster and louder and it becomes dense as the layers build and then fragment around themselves. The music all sounds just a little strange, 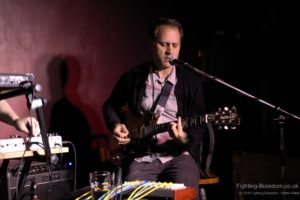 a little broken and the high sweet vocal is at odds with the music. It’s gone very jazzy now.

They lock into an extended jazz, folk groove that starts simply and then keeps going on and on, the musicians all seem to be having a competition as to who can get the most from the rolling song and Sandro’s guitar wins. The extended songs start to have a sixties hippy feel meandering and laid back alongside the slow laid backdrums and Sandro’s vocal it makes for an interesting sound.
–
Sandro Perri 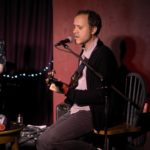 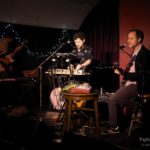 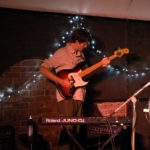 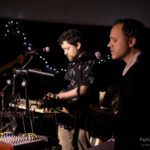 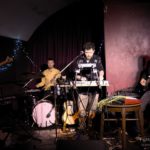 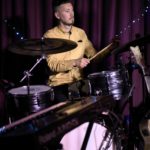 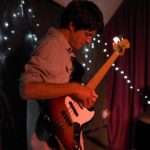 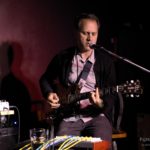 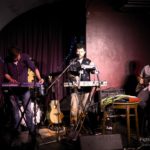 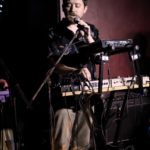 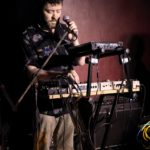 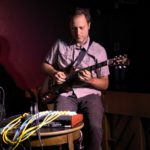 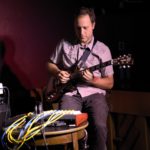 Sandro Perri’s website is www.sandroperri.com, he is on Facebook and has a Bandcamp page. He Tweets as @Sandro_perri

Sing leaf are on Facebook and have a Bandcamp page.