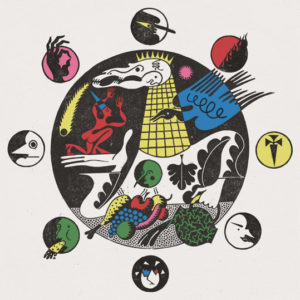 Here at Fighting Boredom we are quite partial to Newcastle’s Pigs Pigs Pigs Pigs Pigs Pigs Pigs. They have a new album out at the end of the month and have just released the third single from it. GNT is the new album’s opening track, and they say that ‘this opus sees the band entering a new phase as a sleeker yet still more dangerous swineherd’

The album, King Of Cowards, is out on the 28th of September. This is the third song to be released and it’s a guitar swamped noise addled treat.
It has a psychedelic swirling disturbing start with an undercurrent of menace and darkness. Couple that with the images on the video and this is pure Pigs x 7. The vocal just adds the final flourish and there you have it, a brilliant release.
They are on tour from the end of October and have already sold some of the dates out, so get in quick. They have also announced new dates next April.