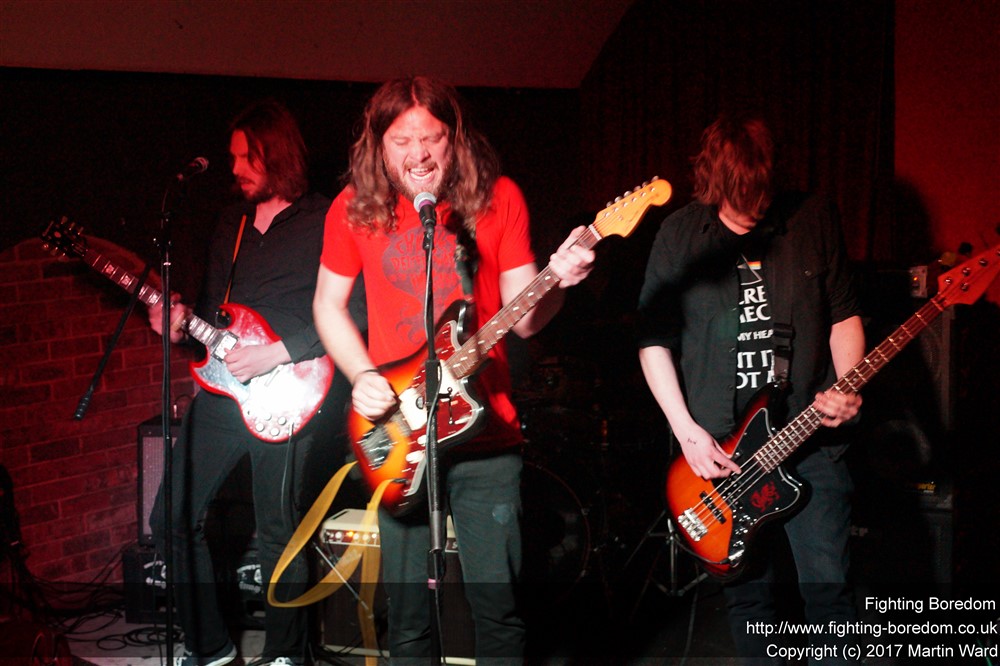 The Tin Music and Arts – Coventry

A night of psychedelia led by the one and only Charles Dexter Ward and the Imagineers, Fighting Boredom favourites? A bunch of bands from New Zealand joining them? It’s a no brainer for Fighting Boredom as we head to the Tin to freak out.

You know when a night is going to descend into madness when you start the night trailing across Coventry because the photographer has forgotten his phone and won’t borrow his Dad’s ‘Shit Pensioner One’. Guerrilla parking in a private street next to the venue and messaging the guy whose space we borrowed to tell him we are ‘visiting’. At this point I could already feel the bats coming in and we hadn’t hit the bar yet.

The band times are up but no bands had materialised, the first band hadn’t shown which I find a little odd. Why come all the way from New Zealand and then not play? So Charles Dexter Ward’s frontman is laying down some heavy psychedelia on the decks instead. 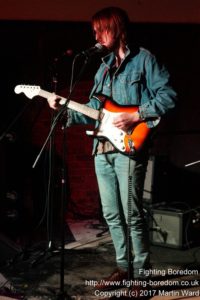 Eventually someone takes the stage and gives an explanation of what’s going on. I can’t hear him as I am half deaf and he’s mumbling into a microphone, we find out later that he’s a member of Moses the third band on the bill, stepped in to fill the gap. He starts with a Mazzy Star track which is never a bad thing. He plays a few tunes: all nice enough with minimal guitar so you concentrate on his voice, he’s okay, he does have a full rounded sound but it’s not psychedelic and it’s not the band we expected.

By this point the place is getting fuller, the music being played is getting louder and Duck Duck Goose take the stage. They are a duo, drums and guitar, but they suffer with technical difficulties for the first five minutes or so of the set, cables are exchanged and they start again. 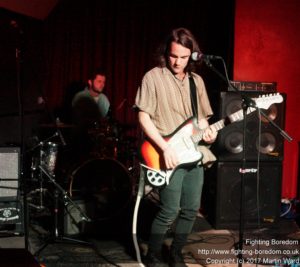 It’s a nice fuzzy sixties groove, very loud and not sounding too retro. The vocal reminds the photographer of a young Placebo but I’m not convinced, they get more shouty and the sound hardens as the set goes on. People are in the room and dancing now and the band feed on that. When they kick in properly there is an utter psychedelic punk garage groove but they take so long building up to it that they lose me.

Moses are on next and they are a full band, young and laid back they have a slow burning groove that goes from a twangy sixties surf vibe to a western soundtrack groove that takes you to a wide open space with an empty sun filled blue sky. 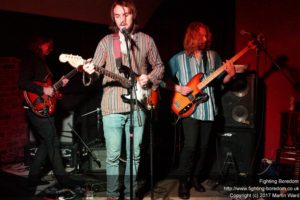 They tell us that they’ve come as far as they possibly could to get here to play and they  make the most of it. They get more psychedelic and are good enough. Although I am finding that this is a classic example of the support being overshadowed by the main band. They finish off with a classic sixties Elekra records feel with their best song of the evening.

By now the place is buzzing. There’s a palpable feeling in the air as someone else takes over the decks and Charles Dexter Ward and the Imagineers presumably go into their time machine to breath in the air from a swamp in the primordial forest to get them in the mood. The bats are definitely coming in now, the band take the stage and it’s too small for them. They need something bigger to contain them, but then I’m not sure there is a stage large enough to hold this sound. 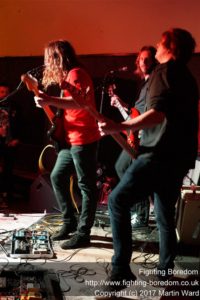 Feedback and noise screams through the speakers and the room fills with the mad, foolish crowd who love this stuff. They kick into an old school blues riff and the room goes off. The noise drops and the vocal starts, and what a vocal, imagine an old man who has drunk bad, petrol contaminated, whiskey all his life and gargles with gravel every morning and you still haven’t got what he sounds like. It’s the sound of too much madness and chaos, it has seen things that you never will and when the singers eyes roll back into his head you know they’ve hit that groove and you have to go with them. It’s like a bunch of demons have taken over and are steering the mortals to play like that. It’s like they haven’t so much gone to the crossroads and made a deal as dragged Old Nick up from his lair and made him give them his sound at gunpoint.
It’s punk rock psychedelic blues garage madness and they have me and every other person in this room. Everyone is moving and when the guitars grind up again you know this is going down.
I asked him how he sang like that and he grinned and said it’s just how I sing. That’s not just how anyone sings, they’ve been places and seen things man, they sing about time travel and horror but you know, and I mean know, that they’ve been there. 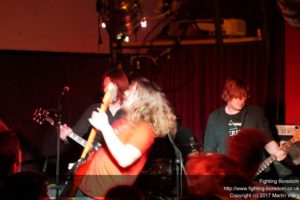 The music carries on and it is immense. There’s some new songs and the old familiars and they all kick the shit out of anything on before them. It’s like the souls of a hunded long gone Blues artists banded up and decided to take back rock’n’roll from the upstarts that stole it off them. It’s a psych out a go go and the singer now appears to be speaking in tongues, it’s the musical equvalent to spending a weekend with the sorely missed Hunter S Thompson crammed into an hour, they are tearing the place to pieces.
They shout that they want some fucking crowd surfing and the singer says more tonight than I’ve ever heard him speak on the mic, at one point he’s shouting ‘What’s the time?’ over and over again just to see if they can carry on, they then just go again. It’s effortless, it’s immense and I’m pretty sure I’m seeing trails. They keep upping the bar, this is proper purple tinged psych out garage fuzzed out exploding grooviness and the crowd are bloody loving it. They finish with a track filled with menacing and creeping terror blues that leaves the crowd shell shocked and open mouthed. They know they’ve done it too, they’re grinning and laughing. Charles Dexter Ward and the Imagineers, if they play anywhere near you go. Seriously, you need to see this one.
Charles Dexter Ward and the Imagineers 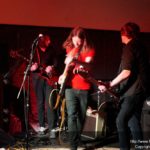 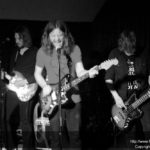 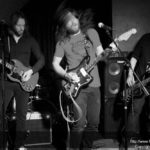 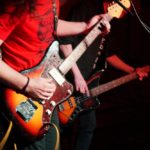 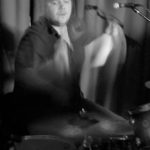 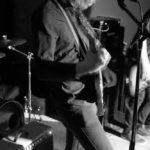 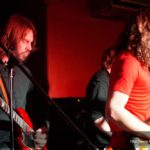 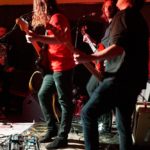 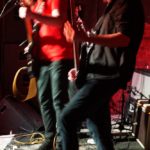 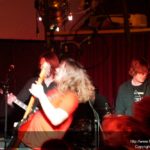 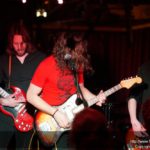 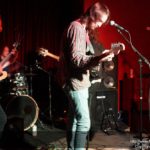 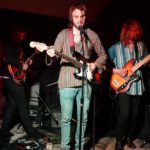 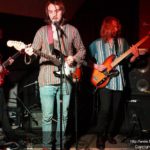 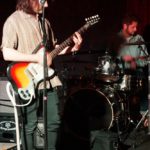 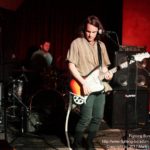 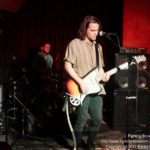 Charles Dexter Ward and the Imagineers are on bandcamp and also Facebook.