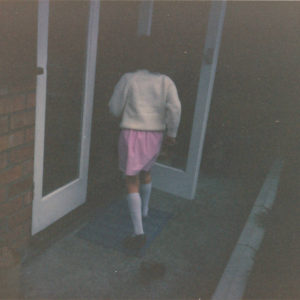 Errant Monks are part of the Maybles Labels based in Manchester. Their album is four tracks of twisted up and brilliantly disturbing electronic music, Fighting Boredom like it a lot.

Errant Monks contacted Fighting Boredom to review their album. We are bloody glad they did, it’s an incessant, sanity draining electronic nightmare of a record and we love it.
It splutters and sparks like an alcoholic on a warm night searching for another bottle of meths. It’s angry and weirded out like a pensioner caught up in a stag night in Blackpool. It’s either a work of genius or someone laughing long and loud at us.
You get four tracks and only one of them is under ten minutes long. Think the long adventures into dub that skunked up producers provide us with. Echoing with massive bass and jarring guitar, then think of what that would sound like if the drugs were replaced by cans of insanely strong energy drinks and cheap sweets and the hugely expensive recording studios were swapped for a laptop and headphones.
No disrespect meant, this album is outstanding, and may well have been made by very sensible people with a huge budget… but you have no idea just how disappointed I will be if that turns out to be the case.
Be prepared to glance over your shoulder as you listen, just to check that the noise is still only on your headphones or on your stereo. It gives the sickening impression of living separately to whatever you are listening on. Scary isn’t the word, bloody terrifying barely covers it.
The music is a twisted electronic collage of noise and samples that will drag you into a world of fear, paranoia and extreme unease. The fact that the songs are so long just increases their power to disturb you. The tracks give the idea of strange electronic creatures spluttering into life. It goes from just paranoid and draining to frantic and twisted. You will have to listen to it. Then buy it because giving these people money to make more music seems like the only sensible thing to do.

Errant Monks are on Facebook, you can buy the album from the Maybles Labels bandcamp site.