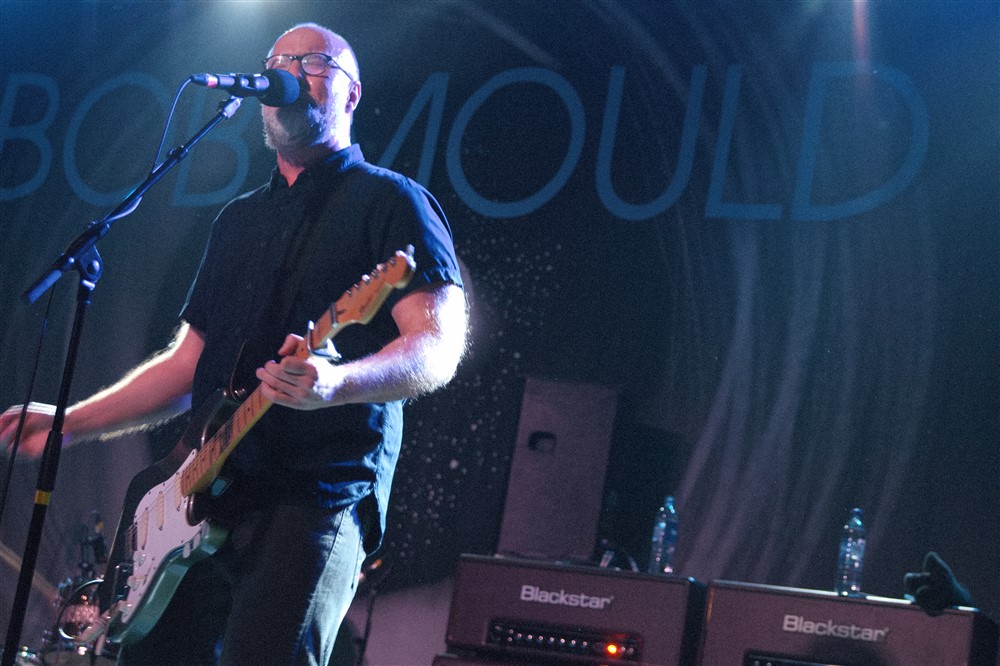 Alternative Rock Icon and Fighting Boredom favourite Bob Mould has so far this year released an excellent new album and he and his band toured the UK. Back in February Adrian Bloxham and Martin Ward caught the first show of the tour and Bob blew them away.

This is a statement of intent, the first date of the tour and Bob Mould is grinning, pounding down onto his guitar and taking the whole stage apart. The place is rammed, people on tip toes trying to get a decent view of the band as the music blasts into them. It’s hammering down with rain outside but in here it’s bloody perfect.

The band walk onstage, in black, pick up their instruments and look at Bob who cranks out some immense slabs of guitar, looks at the audience and slams into Sugar’s A Good Idea, as the first song, Jesus, that’s when you realise that this band have everything, they can play whatever they want from Bob’s music and it’s just going to be brilliant. Bob’s grinning, Jason’s grinning and nodding his head and Jon is smiling his head off as he keeps that beat going.
It feels like a celebration, it’s been a while since Bob’s been around and the music still touches my heart. It’s not a night of darkness, it’s a night of music lifting you away from your fears and anger and letting you share in the light blasting in. The sound they are making is strong, rich and punked up to hell, if he’d played like this on Letterman I feel there would have been more than dust falling. They are relishing this noise, using it to build us up and lift us. Every song is harder and as fast as they can be, everything has the blast of white hot noise to start with and the whine of feedback to end.

It slips once, the music reflects the words and the emotions slam into you, at the end of ‘The War’ the sound drops and Bob sings ‘Don’t give up, and don’t give in’ pauses and then sings ‘Hardly Getting Over It’ and the two fit, segued together, by the end of the song he’s hitting the guitar, living every single word. As the man himself said, The words make us remember and the music makes us forget. I’m not alone in being overwhelmed.

Then the encore, which turns into Flip Your Wig, as Bob has said, the best time for Husker Du. I throw my notebook at my son and run, Hate Paper Doll calling to me from too many years ago. Not stopping to worry about my shot knees or the stitches in my arm, just go. The sound is distorted and so loud it almost hurts. He finishes with the very first of his songs I ever heard, Makes No Sense At All and I’m lost.

The band leave the stage, smiling. Bob looks at us and clearly lost in emotion salutes his crowd and smiles. ‘Til next time. 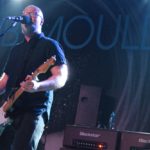 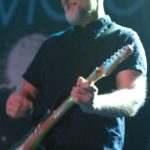 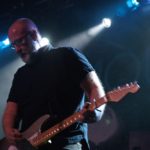 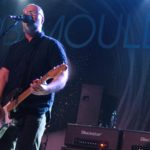 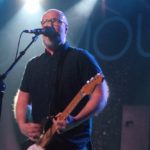 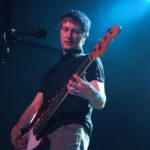 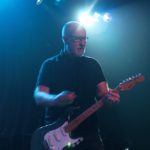 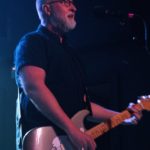 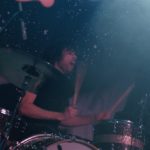 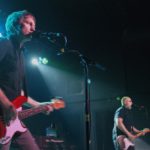 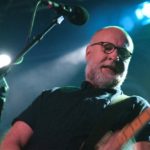