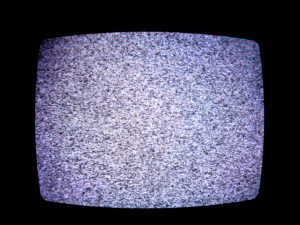 Fighting Boredom listens to a lot of music, we watch a lot of music on video and get sent an awful lot of emails asking us to watch and listen to new music. So, as we like to share stuff that we have heard and like here is the latest videos we have found and played loudly.

Boris have announced their twenty third studio album ‘Dear’ out in July and a twenty fifth anniversary tour in August. This is the first track to be released from the album and is, as you’d expect, festooned with dirty grungy guitars as a high classic sounding vocal sweeps over the top. We like it.

EMA’s second release from her new album ‘Exile in the Outer Ring’ is an epic seven minutes long, rolling along on a bass hum with that distinctive vocal, desperate and slightly struggling for breath. It’s both strung out and spaced out sounding.

Germany’s Tricky Lobsters have big punky guitars and a grizzled deep growling vocal, their album ‘World’s Collide’ is out later in June.

‘Pink Rainbow’ comes from the album ‘Wild Imagination’ and is a minimalist poppy electronic song that is ever so slightly odd and peculiar.

Bardspec are an experimental project from members of Enslaved and This Is The Day. It’s electronic, weird and thoroughly addictive. It’s from the forthcoming album ‘Hydrogen’.

An epic track, draining and emotional from the new album Okovi.

LUCKY+LOVE – Digging in the Earth

Dark and poppy electronic music from their debut album LUCKY+LOVE.

Who doesn’t love a bit of Melvins? This is off their new album ‘A Walk With Life and Death’

Twisted and dark electronic music with a poppy sounding vocal, the first release from White Wine.